So i picked up some nice new white panties for her, smallest ones available but still a bit baggy on her perfect lil ass, they got even baggier when she droped a shit into them : ) it was a bit of a runny light brown korma color, she had a little feel & it started to run out the sides, she made a real mess in them ! it was only soposed to be a quick panty poop video but i just couldnt resist, i pushed my dick into her shit smeared pussy then took it out & pushed it her muddy brown hole, there was still shit in there & she still managed to squeeze more out when my dick was out.. so i keep fucking her until im ready to shoot my load & told her to take a look at the mess on my cock.. this girl did not hesitate to put her lips round it & wank my load out which exploded after that ! 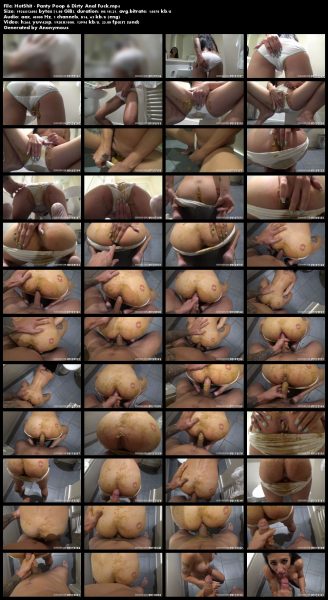