Little Puck in what appears to be her first scat video. She shits in a bathtub, rubs it on her body, gives it a little taste and a smell.

Little Puck lies in a bathtub and pushes water mixed with a little shit out of her asshole onto herself. Then she proceeds with a second one and this time she shits herself. She takes the shit in her hands and plays with. Although she appears disgusted, she also seems fascinated by it. She then smears the shit on her tits, belly and legs, smells it a few times and tentatively tastes it with the tip of her tongue. The video ends with her saying she’s a worthless slut. 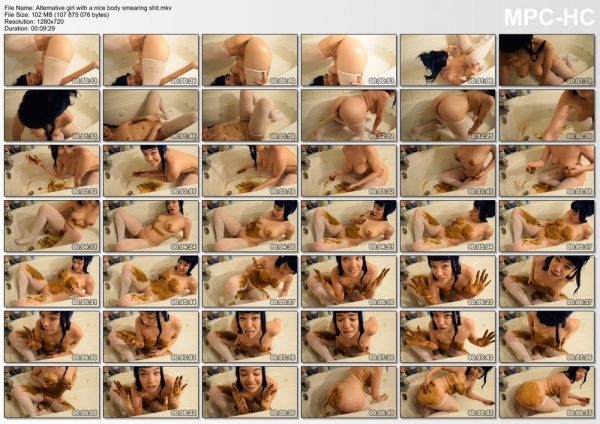